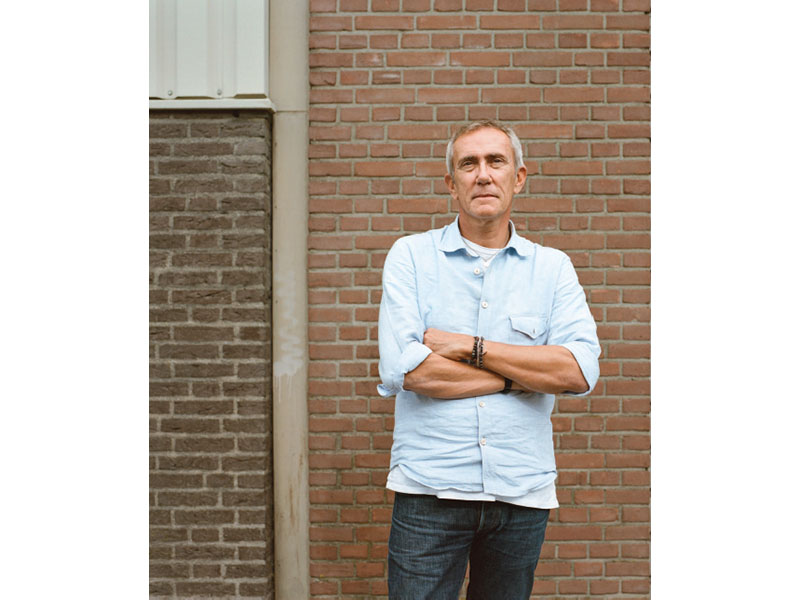 Marco Bonzanni is constantly on the move, traveling all over Europe from his home base in Italy. He has long been a member of the Kurabo Denim team and is a key force behind its efforts in Europe. His passion for his work shines through in this interview. 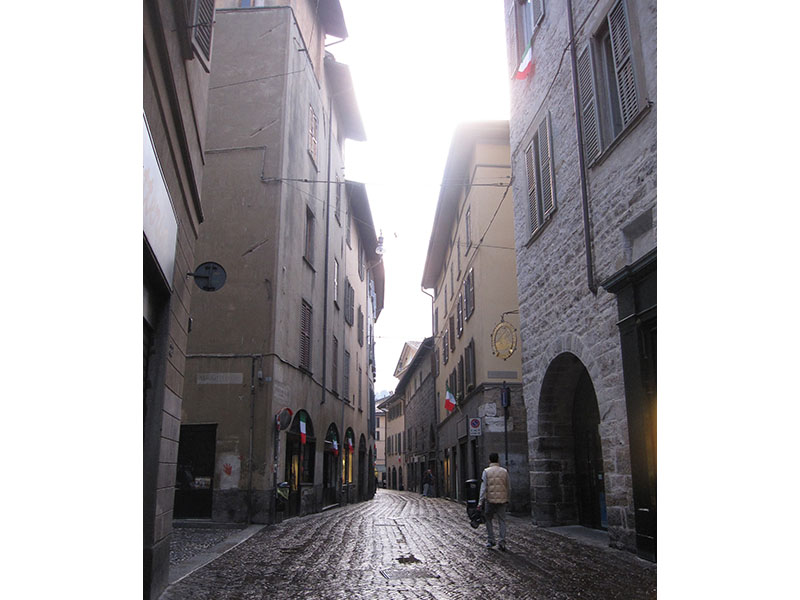 ――You’ve been part of the Kurabo team for twenty years now. What were you doing before then?

Marco: I originally worked in the hotel industry in Germany. At some point I realized that it wasn’t what I was meant to do with my life, so I went back to Bergamo with the intention of changing careers. The city had several large industries where I could have gotten work. I had the option of going into metalworking, electronics, or textiles, but I decided to sign on with Legler, a major Swiss textile manufacturer.

――What sort of work were you assigned to?

Marco: I started working in an office job when I joined in June 1981. They put me in charge of the Scandinavian and US markets. It was then that I met an incredible mentor. This person taught me all about the work and about fabrics, which led me to become more and more interested in them.

――What kind of company was Legler?

Marco: Working at Legler allowed me to gain tremendous knowledge and experience in fabrics, so for me it was kind of a “fabric university”. I still meet a lot of incredible people in the European fabric industry who came out of Legler.

――What made you leave?

Marco: When I first started working there, I thought it was so cool that my mentor got to travel the world with all these wonderful fabrics. As I worked alongside him as an assistant, the idea of going on these exciting adventures absolutely thrilled me. The more I learned about fabrics, the more I wanted to travel around the world showing them to people the way the senior employees did. I realized, though, that it would be a long time before that opportunity presented itself at Legler. So I started thinking about going to another company.
Let’s say you played for the Real Madrid football club and sat on the bench as an alternate, watching the games unfold in front of you. You’d be burning to get out on the field and play, right? That’s what it felt like. I’ve always been fascinated by travel and getting to know other cultures. I could speak English, French, and German, so I felt like I was ready to take on the wider world.

――But you didn’t act on that feeling right away.

Marco: I didn’t. I went through several steps before eventually becoming an export manager at Legler in 1994. At the time, Legler was still producing 15 million meters of cotton, corduroy, and denim fabrics annually. Sometime between the end of 2000 and the start of 2001, denim exploded in popularity like never before.

An encounter with Kurabo ends in a job change 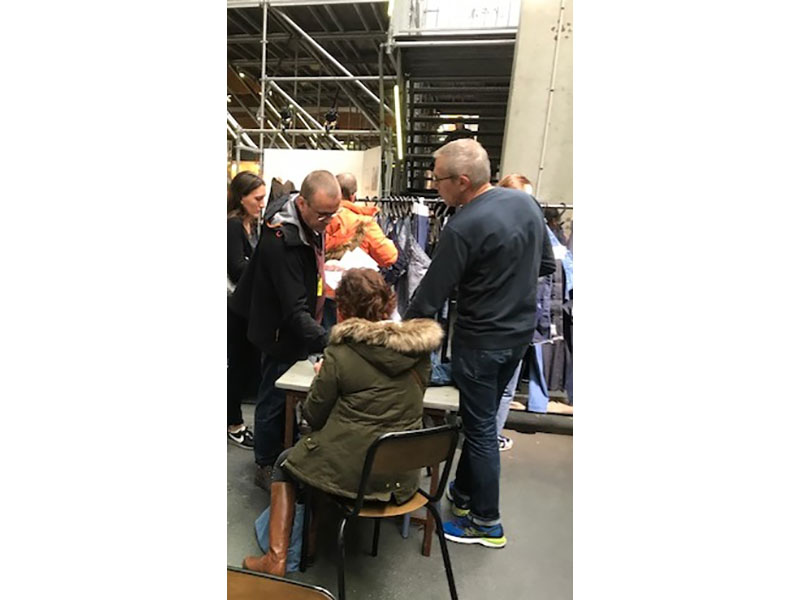 ――The industry must have been jumping for joy with denim booming like
that.

Marco: It was. Our biggest concern back then wasn’t getting new orders, but figuring out how to fulfill the orders we already had. Still, we were getting sick and tired of frantically running around in the office just taking orders. With all that going on, I was fortunate enough to be introduced to a sales representative at Kurabo by my mentor.

――So that’s how you first encountered Kurabo.

Marco: Yes. The company was looking for a distributor in Europe. In order to convince me to come on board, they took me on a tour of their entire production process across Asia—from the spinning mills in Thailand to China and then Japan. I was impressed with their dedication and the Japanese technology, so I became their European distributor. I take pride in being able to serve as Kurabo’s European partner.

A salesman’s passion for quality denim

――On a slightly different topic, what’s one piece of advice you might give someone in the market for denim?

Marco: I want people to understand the true meaning of the word denim. When denim was first invented, it was primarily a heavy 14-ounce fabric. It was used to make work clothes, so it had to be strong and last a long time. You can’t get the strength you need from 14-ounce denim in an 11-ounce pair of jeans. In my mind, the classic five-pocket jean made with at least 12-ounce fabric is a true pair of jeans.

――That certainly reflects your passion for quality.

Denim continues to reinvent itself with the time

――Given your love for denim, what new developments in denim do you find exciting?

Marco: Stretch denim. Denim is originally made from cotton, so I consider stretchable denim a variation on the basic product. If we go back to the question of what true denim is, I have to admit that stretch denim isn’t traditional denim and therefore falls outside that category. But I do believe that it is a product that expresses the modern age.

――Interesting—that certainly complicates things. How about the other side of it? Is there anything that you feel is being lost in the world of denim?

Marco: The fact that the word denim itself has lost its precise meaning. It creates confusion when you go around calling things denim when they aren’t. Back in the 1970s, original basic denim was mainstream. That really changed between 2004 and 2005. Before then, the brands really knew their denim, and every denim brand had its own DNA. It was impossible to copy the essential nature of any of the brands, which were led by designers that determined whether they were good or bad… it was a combination of imagination and unique vision.

――How do you see those companies today?

Marco: Almost every one of those brands has sold out and lost its convictions. I think they’ve even forgotten the fact that they succeeded as a result of their own efforts. I feel like this trend is responsible for shuttering the jeans shops back home, too. It’s really a shame if they disappear even from Italy.

――Kurabo continues to actively produce denim. Are there any products you’re particularly fond of? 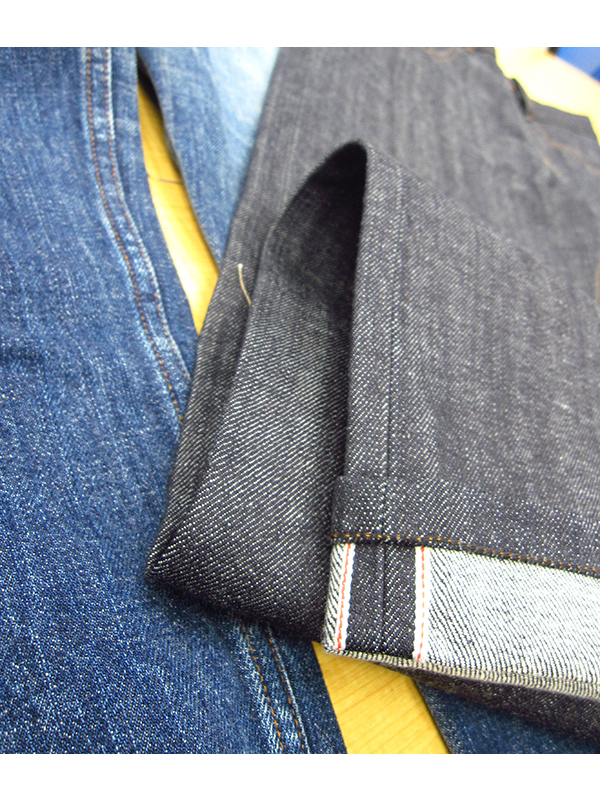 Marco: I like the KD55 denim, which has been one of Kurabo’s bestselling products for a long time. It’s an incredible simple denim fabric, made from 100% 14-ounce cotton.

――That’s a fitting choice for someone who loves “true denim”.

Marco: KD55 is the quintessential denim fabric! All other denims can disappear as far as I’m concerned! OK… maybe that’s taking it a little too far (laughs).

――What are your thoughts on what a 21st-century denim company should be?

Marco: I think a 21st-century denim company needs to keep reinventing its products in the best possible way. I’ve been really impressed with some of the European brands I’ve encountered over the last three years, and I’ve met some truly dedicated people. I think they’re going to achieve success with their brands in the near future. I’d like to help them rebuild their industry and grow alongside them with an unquenchable passion for making quality fabrics and quality products. To express it rather romantically, I want to have the fiery devotion of someone staring endlessly at a beautiful flower in the forest, unable to take their eyes from it, as I engage in satisfying work. 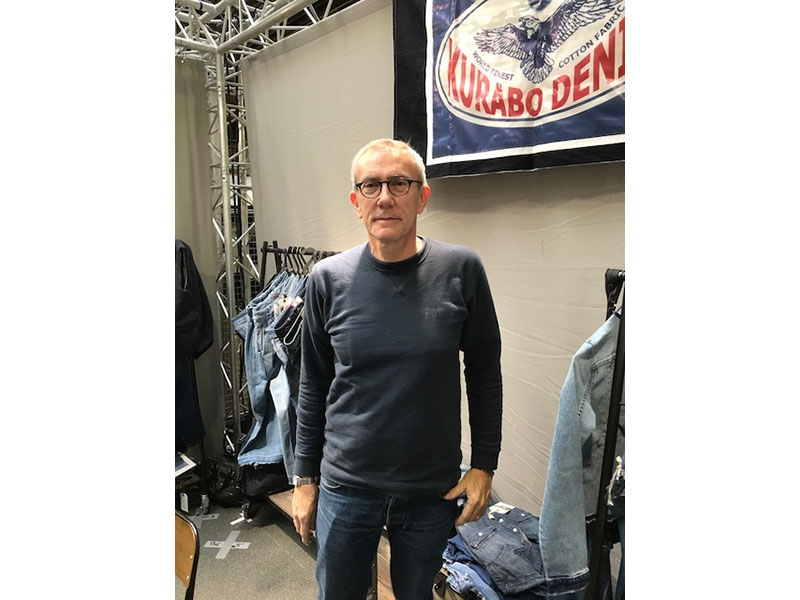